Social signals describe how a web page is perceived by search engines based on backlinks generated by social media channels, for example through sharing a webpage on facebook or twitter. It is debated to what extent social signals influence the ranking of a webpage.

The term has been used since the huge success of social networks such as Facebook and Google Plus. Social signals are also used in other online social networks such as Twitter, Pinterest, and the Tumblr social service. Here, comments, likes/PlusOne, interactivity and activity can be regarded as social signals. Analysis of social signals can also help characterize the behavior of potential customers, also known as social proof. 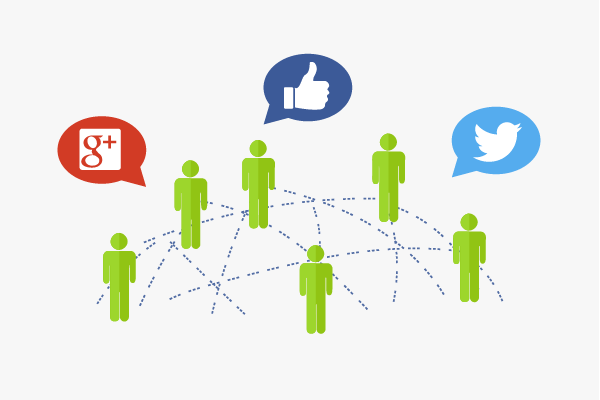 Relation between social signals and ranking

Several studies that try to establish a relationship between the ranking of a website and their associated social signals already exist. Here, one finds that websites that are highly ranked in SERPs very often have an above-average amount of social signals. However, so far, no one has been able to prove that social signals actively and positively influence the ranking. Therefore, a causal relationship cannot be confirmed.

With a certain regularity, Google also has to deal with the question of the extent to which social signals influence the ranking of a website. In an interview at the SMX Advanced 2012, Matt Cutts explained in detail that, for the time being, conventional links are given a higher weighting compared to social signals. He, nevertheless, recommended investing in this area for the future.

A recording of this interview can be found here. When asked, Matt Cutts pointed out at the SMX Advanced that social data was the most overrated ranking criterion. He stressed that Google does not have the possibility to index such a large dataset as Facebook. He, however, also mentioned that the significance of social signals could change in the future.

On January 22nd, 2014, Cutts posted another video on his YouTube channel where he once again addressed this topic. He explained that neither Facebook nor Twitter pages received special treatment and that they are handled just like any other website. One of the reasons for this is that Google had been blocked from Twitter and the financial risk of being blocked again would be too large. [1]

The extent to which social signals influence the search engine optimization and ranking of a website is still controversial. Although there are always signs that speak for social signals as a ranking factor, this will remain to be speculative until it is officially confirmed by Google. Basically, social signals can also be considered a part of the marketing mix in online marketing. This is because they can also be important in broadening the scope of a brand due to their eventual positive influence. Through likes and shares, new and interesting content can be largely broadcasted in just a few minutes. Based on this, today’s investments in social media can result in a better placement of websites in the future should social signals be introduced as a ranking criterion. It could then be too late for many companies to establish a reputation in social media services.