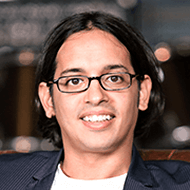 Karim-Patrick Bannour is founder and CEO of the social media agency viermalvier.at. Together with Anne Grabs, he wrote the social marketing best-seller “Follow me! – Erfolgreiches Social Media Marketing” (Galileo Computing). He also frequently speaks and gives workshops for organisations such as ÖHV or The Austrian Federal Economic Chamber. In 2016, he founded the Amazon agency MarktPlatz1 and together with his team supports providers and traders on Amazon.

Around 2 billion people worldwide use Facebook to communicate actively with one another, to exchange views, and to obtain information about companies, products and services.

A Practical Guide to Amazon SEO: How to do it!

Amazon is not only one of the largest online shops and marketplaces on the web, but also the most important source of information for consumers when it comes to products of all types.

Use 360-degree photos and videos for online marketing

360-degree photos are nothing new in and of themselves. For several years, already, there have been photographers and providers that could create such images using costlier technology and thus higher investment costs.

Almost every day, the Facebook corporation is bringing new features to the market that more or less adopt features from their competitors, especially Snapchat. One of these features is the so-called Instagram Stories, which was revealed and introduced in August 2016 as Facebook’s answer to Snapchat Stories.

Snapchat as a marketing tool

With the right know-how, Snapchat can be a great tool for winning over different customer groups. The instant messaging app is particularly popular among the youth and provides you with a perfect opportunity to build a new, interesting community with which you can communicate regularly.

As Facebook presented extensive features of the Messenger bots in the F8 conference in April 2016, not everyone understood the impact that would result in communication between companies and their customers.

WhatsApp as a marketing tool for companies

One no longer needs to explain what WhatsApp is to German-speaking regions. It has evolved into a popular messenger among both the younger and elderly generations.