Using protected brands or company names of competitors as keywords for your own Google Adwords campaign is nothing new anymore. Or is it?

There are countless court judgments on this matter at both the German and European level. The clear trend is moving towards a largely secure booking of terms in the context of Google AdWords within the framework of SEA:

Nevertheless, legally secure use thereof has neither been conclusively clarified, nor are the court judgments conclusive. In both cases, the question of whether the user is given the impression that the offer originates from the trademark owner or that there is an economic link to it is the key question. This article provides an update on the latest 2017 developments in the field of brand bidding.

Owners of a previously registered trademark have the right to prohibit basically any use of their trademark as long as:

1. Why is it permissible to book a third-party brand name in the context of AdWords campaigns?

Where third-party brand names are booked in the context of AdWords campaigns, I am just "using" these brand names to point out my offer. How can this be permissible then?

A landmark decision for the German legal area was made on this in 2011 (BGH - German Federal Supreme Court - judgment of 31 Jan 2011, app. I ZR 125/07 - Bananabay II). At that time, the BGH (German Federal Supreme Court) had decided, under consideration of the European Trade Mark Directive, that "a use that could affect the origin of the trademark" would not apply if the third-party brand was booked as a keyword on Google, but the brand name would not appear in the results list that the Google user receives as a result of entering the third-party brand name.

The European Court of Justice (ECJ) has decided that the use of third-party branding within the framework of the AdWords service may be permitted to advertise a company's own products, if it is to be offered as an alternative to the offer of the competitor and owner of the third-party trademark (ECJ, 22 Sep 2011 - C-323/09 - INTERFLORA). The proprietor of a trade mark is entitled to prevent a competitor from advertising – on the basis of a keyword which is identical with the trade mark and which has been selected in an internet referencing service by the competitor without the proprietor’s consent – goods or services identical with those for which that mark is registered, where that use is liable to have an adverse effect on one of the functions of the trade mark. Such use:

From the point of view of trademark law the technical process in the background is not decisive, but only what the Google user sees on his/her screen. It depends purely on how the users addressed by the offer evaluate the origin of the advertisement. As far as there is no confusion with the offer of the competitor whose brand is booked as a keyword, the user is in line with Trademark Law – in principle. This is the general rule.

After all, a competent internet user, the court states, does not expect exclusive offers from the owner of the brand in the advertised headings, but differentiates between the list of hits and the advertisements of possible other product manufacturers or service providers. However, if an advertisement is not clear (note: a definition of this term is hardly possible; best to ask your grandmother or another person who is not used to the internet) as to whether it is about offers from another provider, things get problematic and the situation changes rapidly.

This can be the case, for example, if you do not use the brand name in the display of the advertisement, but the display has a "generic content", so that delimitation to the trademark owner is not clearly possible (Higher Regional Court Hamburg 22 Jan 2015, Az U 271/11). This also applies if the booking of a third-party brand as an AdWord denounces a well-known brand or dilutes it, i.e., it is impaired in terms of its reputation. This is particularly relevant in the case of well-known brands whose owners have often put a great deal of effort into marketing their trademarks. The level of protection should then be all the higher (see ECJ on INTERFLORA). Therefore, special caution should be exercised when using well-known brands.

Even if the assessment of admissibility is carried out according to the individual case, it is not a negligible risk for the website owner to bring such a strong competitor "into the fray," as well-known brand owners often have large financial enterprises behind them.

An interesting decision came this year from the Higher Regional Court of Schleswig-Holstein, which however was disadvantageous for website operators (Judgment of 22 Mar 2017, no. 22.03.2017):

The court ruled that website owners can be liable for ad texts, even for texts that are located above the actual ad text, which have not been generated by the website users themselves (!!!) but were generated by Google.

The Court of First Instance ruled on the following facts: The applicant operates a wheel retail business under the name Wheel Clean Tec and has registered the term as a trademark. He filed for injunction against another supplier whose adtext was found in the context of Google ads with the heading "ads to wheel clean tec." It was unclear whether the headline was generated by the defendant itself or by Google.

The court did not consider this question: it decided against the website operator. In any case, he is liable for aiding in trademark infringement if he does not react and remove the term from his AdWords or take other measures to avoid trademark infringement when made aware of the fact that the heading of his ad text contains a third-party trademark. 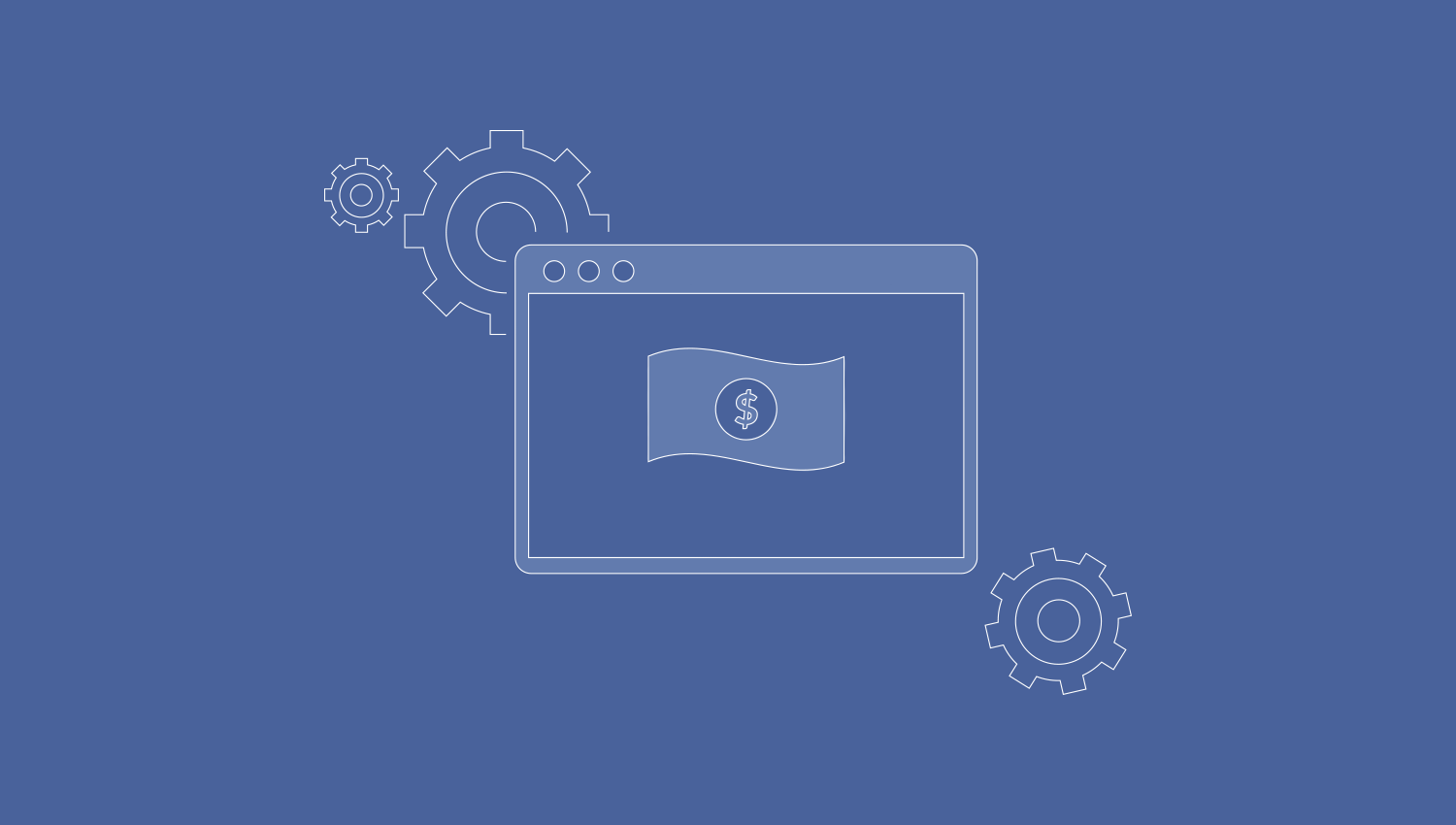 As long as the advertisement no longer ensures clear demarcation to the trademark owner, the website operator is liable, regardless of whether he placed the ad text or whether this was done independently. (Author's note: It remains to be seen whether such a broad liability is confirmed by the Federal Supreme Court in similar cases).

2. For SEO, the above principles generally do not apply. What is the reason for this?

First of all, this is because the functionality and purpose of search engine advertising through AdWords or keywords and search engine optimization is different. In the case of keyword advertising, the website operator pays for the advertisement when certain terms (which he posts in the advance at a charge) are specified by users. In principle, he pays for an advertisement.

Search engine optimization, on the other hand, gives the website operator a generally better ranking on Google, through, for example, optimization of the source text (meta tags). In the first constellation, third-party brands are merely used to draw attention to the website operators’ own alternative offer. In the second constellation, third-party brands are used to drive up ones own rankings on Google, a distinction on the screen for the internet user (and thus the important demarcation) between the display and hit list is no longer given.

Rather, Google's search engine, when searching for a particular term, also checks the source of the website for hits. If a third-party brand is used in the programming of the source text of the website, it will also appear at the top of the ranking of the matching hits.

A competent internet user will not be able to distinguish as to whether the website found is or is not related to the trademark owner at first glance, since the source text of a website is usually not visible to a normal internet user. Delimitation is therefore not given (as Google indicates the consistency in the source text as a hit) as clear demarcation to the trademark owner is not possible. This means that the indication of origin of the brand is in total no longer preserved.

Liability of the website operator is only excluded if he inserts purely descriptive terms into his source text and this is only brought into context by the selection process - not influenced by the operator - by Google and only this combination returns the brand name (see Higher Regional Court of Frankfurt am Main v. 06 Oct 2016, 6 U 17/14).

3. What are the consequences of inadmissible AdWords campaigns or invalid SEOs?

Violations can prove expensive. First of all the website operator may will be confronted with warning notices, possibly preliminary injunctions or actions by trademark owners and licensees or even by other competitors.. In addition, claims for damages may be asserted, the amount of which may be very high, depending on the brand's reputation. The level of claims for damages for trademark infringement is generally determined by the so called license analogy method. This means that the compensation may also be calculated on the basis of the amount that the offender should have paid as a reasonable remuneration if he/she had obtained permission to use the now infringed right. In the case of well-known brands, a fictitious license fee can, of course, rise immeasurably.

The value at dispute regarding trademark lawsuits and according to that the legal lawyers' fees and court costs is generally also very high. The range extends from a general value of dispute of € 20,000 up to € 300,000 for well-known brands.

But care should also be taken in relation to competitors and consumer associations: as a reseller (in any case as reseller of new products), one is generally entitled to mention the third-party brand in the advertising text, provided that one has it in its assortment and distributes the product . But here, too, caution is required: If an internet user enters a certain branded product as part of the Google search, he naturally expects ads that contain this brand name to open a landing page by clicking on the appropriate link on which a predominant part of these branded products are offered.

The Frankfurt Higher Regional Court ruled in 2017 (see judgment of 02 Feb 2017 - 6 U 209/16) as follows: An online seller placed his AdWords ad in the particular way that the sub-domain in which the brand was contained led to a product range where the entered brand was represented at less than 50%. The online retailer was convicted of misleading consumers.

It is therefore advisable to take particular care when using third-party brands for your own purposes and to seek advice from SEA / SEO specialists or specialist lawyers.

If third-party brands are to be used to promote your own website, the following points should be considered: 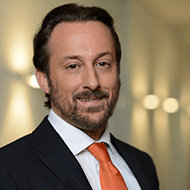 Lawyer Dr. Marc Laukemann, founding partner of ”LFR Wirtschaftsanwälte” (www.lfr-wirtschaftsanwaelte.de) specializes in corporate law and intellectual property. For the last 15 years, he has been advising online companies and investors.