Geo-fencing as a Marketing Tool

The trend can’t be ignored: the proportion of location-based advertising (Location-Based Marketing) is increasing rapidly and is a new and important marketing tool for retail locations to connect directly with clients at the point of sale.

The reason for the trend is the increasing number and use of location-based services: the vast majority of smartphone users now use location-specific services and, consequently, allow these services to access their current location. Whether looking for a good pizzeria nearby, the closest supermarket, or a well-known store – location-based services can support the user in all these activities.

So it’s not hard to understand why the field of location-based marketing, which provides the opportunity to provide the user with offers and information relevant to their location, is becoming a hot topic, both internationally and across industries.

But is location-based advertising through geo-fencing allowed under competitor laws?

It’s becoming more and more popular to establish zones in which, for example, a user will receive a notification on their smartphone when they have entered the zone (so-called "geo-fencing"). The goal here is to target ads from a business directly and immediately to the user when they have entered a certain area.

What exactly are Location-Based Marketing and Geo-fencing?

Location-based marketing is based on the principle of location-specific advertising, as described above.

A prerequisite for this is that the smartphone owner has installed the corresponding app and given that app permission to access his/her location. This happens – depending on the user’s carrier and the desired specificity of their location accessing preferences – through beacons, Wi-Fi, or GPS, as described above.

When the user’s location has been accessed, s/he can be shown, usually through the apps that have already been installed, nearby offers and sales when s/he enters a certain area (using GPS or Wi-Fi locating services) or if near a beacon. Thus, coupons, etc. can be sent directly to the potential customer’s mobile device in order to encourage him/her to go to stores in the area and redeem the coupon there.

In addition to these direct advertisements, generally helpful information – such as where to find certain customer services, for example – can also be delivered to the customer, to enhance the experience at the point of sale. This can also be seen as a part of location-based marketing. The so-called "geo-fencing method" is preferred for this kind of marketing.

With geo-fencing, a special offer is automatically sent out when the user enters a delimited zone or a certain area. In the case of location-based marketing, this is naturally an ad notification. For example, a business can set up a geo-fencing zone within an area of 50m around each of their locations. A user entering this area will receive a notification on their smart phone.

This notification could be a push notification, an email, or text message. Again, however, the user must have installed the corresponding app (such as barcoo or Payback) and activated the locater service so that the potential customer’s location can be determined at regular intervals.

Image 1: By now, there are a lot of suppliers of mobile geo-marketing.(Quelle: accengage.com)

This kind of marketing is especially attractive to many advertisers when not only their own store but also that of their competitor lies within the geo-fencing area. It is then possible, for example, to target customers on their way to a competitor and entice them into your store with various offers and sales.

This kind of targeted marketing is especially widespread in the USA, but interest in it is also growing in Germany.
For this reason, it is worthwhile to take a closer look at the legal issues around targeted marketing that encroaches on competitors.

The above-mentioned possibility of creating a geo-fencing zone around a direct competitor’s location raises questions of competitive legality and targeted obstruction of competitors. The Supreme Court (European) has not yet handed down any decisions on this subject. Analog forms such as handing out your flyers or other materials in a competitor’s parking lot have been legally decided. An illegal obstruction of a competitor occurs when the “(competition’s) customers are enticed in an unlawful manner and subjective or unreasonable, harassing influences are employed, such that the customer is practically compelled to make a purchase.”

The question is whether or not these conditions are being met if a business is targeting customers with push notifications, email, and text messages directly in front of their competitor’s location with the help of geo-fencing within the context of mobile marketing. According to the earlier — but now differentiated — judgment, street advertising is generally illegal under competition laws if the customer is being approached in the direct vicinity of the competitor’s location. The same holds true for the distribution of advertisements in front of the competitor’s stores. 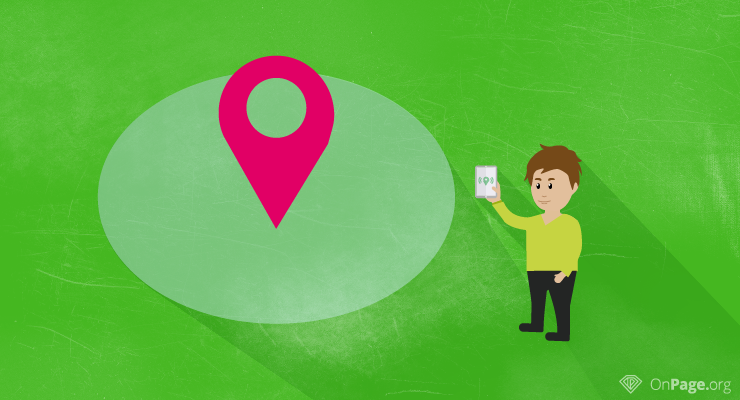 We can assume a correlation between these analog forms and geo-fencing, since the judgment would probably be the same and the targeted obstruction of a competitor would be confirmed.

We should bear in mind, however, that the previously strict judgment that, above all, poses the question of whether or not the customer retains the option to compare all offers, free from time pressure, and whether or not the customer had already made a decision to purchase at the time of enticement, now requires a more differentiated analysis. Today, the nature of the exposure is considered in the judgment – whether it was an unfair enticing of the customer or simply a part of free market competition for customers. To the degree that the customer was simply offered information in order to make an informed decision, no inappropriate enticement can be claimed.

In terms of geo-fencing, this means that not every contact with customers “on foreign territory” can be seen as an illegal obstruction of the competitor. It would certainly be illegal, however, if the customer is already in the competitor’s store and receives a notification while there that his discount will increase the faster he is able to get to the ad’s source store, as is already the case in other countries. In this case, a reasoned purchase on the part of the customer would be very unlikely due to time pressure. It is impossible, however, to make generalizations about the legality or illegality of location-based advertising with geo-fencing. As is so often the case, it depends on the specific situation and form of notification.

In conclusion, we can consider geo-fencing as legal, even in an area near a competitor’s location, if it doesn’t use illegal enticement or unreasonable influencing of the competitor’s customer for the purpose of the targeted obstruction of competitors.

It will be interesting to see the first Supreme Court decisions on this issue. It will be especially interesting to see if the judgments continue to adhere to the strict rulings of the analog world or if they will prove more lenient towards digital business practices. In any case, it is advisable to thoughtfully incorporate geo-fencing into your campaigns and let your strategy be reviewed by competent legal counsel beforehand. In this way, you can avoid unpleasant reprimands from your competitors.