October, the 31th 2016: Night is coming at the OnPageCampus, the full moon is rising and slowly the undead and ghosts are creaching out of their hiding places. But this isn’t the only place where demonic creatures carry out their nefarious deeds...

In the following four horrible SEO stories, Björn Tantau, Manuel Schadl, Olena Sikorska and Eico Schweins are talking about direful experiences that can freeze the Link Juice on webpages. The OnPage.org Team wishes you a Happy Halloween!

In the beginning of the year, we acquired a new customer, an established medium-sized company from the leisure sector. Goal: simply increase the appointment bookings on the website. "Standard stuff", we thought, "bring quality traffic on to the website, optimize user experience, and really boost the sales numbers with that." So far, so good.

The hut inside the URL forest

First step of course: analysis. I expect that the page is somewhat optimized, because it has been supervised by a web agency for some years now. Unsuspecting, I take a chance at the website.

The website is hardly open when I am immediately attacked by page-speed-murdering 15 CSS and 27 JavaScript files. So much for "optimized". I flee from the structure of the website. I quickly realize that it is difficult to get an overview in the wild, dense forest of categories and subdirectories. Over and over again, spooky creatures give me a mean grin from the weeds:

9,000 URLs of horror. I only barely manage to escape from the website. I need work to be over! 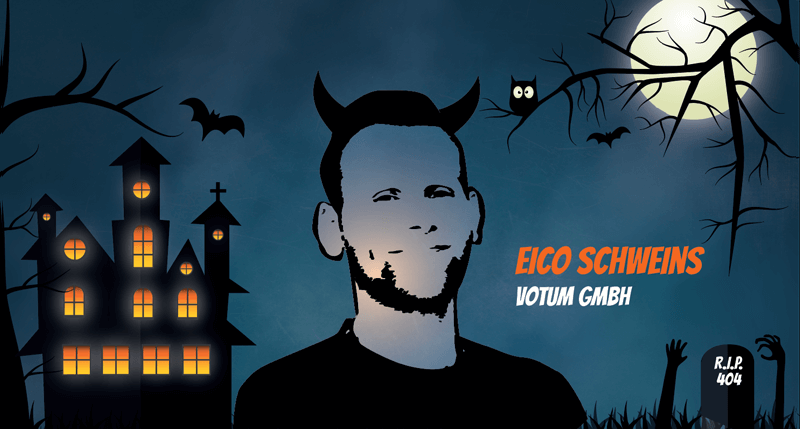 The forest is alive!

The next day, a first timid test: is there a mobile version? There is! I take a closer look. It consists of a single landing page to which EVERY call of EVERY URL is forwarded. It doesn’t pass the mobile test. My right eyelid starts to twitch...
I look for ways into this condemned country. The page is reachable with "www." and without "www.", via HTTP and HTTPS. HTTPS, of course, without a valid certificate...

I discovered a 100 percent clone of the website, created by the past online marketing agency: "that was important". Light cardiac fibrillation adds to the eye twitching.

Traffic analysis: four referrals bring above average turnover. Why do they look exactly like the customer website? Per direct page view, the four domains jump at me, followed by their ugly brothers without “www”. No forwarding in sight. I realize that all links on the website are relative. In front of me, there is a 13-headed duplicate-content-medusa with almost 120,000 URLs.

Rescue attempts don’t make sense anymore. I decide on radical methods: website exorcism! Everything will be cleansed with fire! The foundations will be washed away!

We will build a new website on the fresh field, and the little bit that was worth saving can be reused for warning purposes. In the end, less than 500 URLs will remain, UX optimized, SEO optimized, mobile optimized. The other domains are put down per 301.


But who knows, were we really able to kill all the monsters? We’ll find out next Halloween...

Imagine that you sit down at your desk in the morning, turn on your computer and want to check the access numbers of the previous day of your most important project. And by "important" I mean that this is the project you make most of your money with. So you check your analytics and notice that your traffic has collapsed by 90 percent.

What happened? Did you embed the code wrong? Hiccups at analytics? First shock! So you go to Google and look at a few keywords on which you rank and where the traffic is coming from. Nothing to see... second shock!

By using the "site:" request, you check if your website is even still in the Google index. Third shock: Your cash cow was de-indexed by Google! 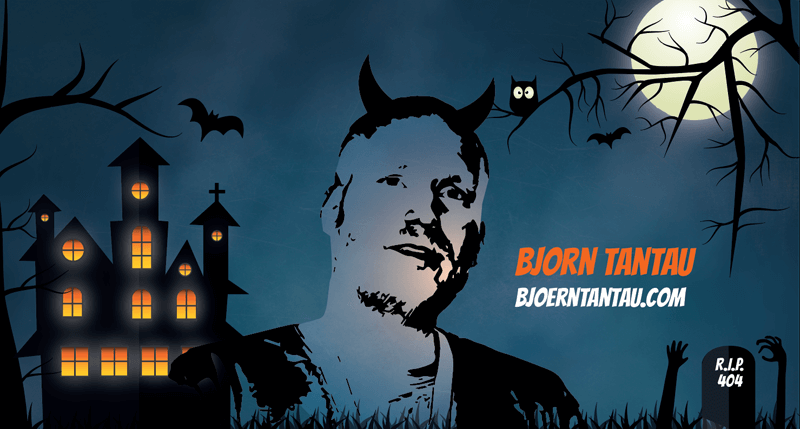 This is exactly what happened to me in 2006. That is also why I have this somewhat complicated procedure with computers, etc. Today, I immediately check such things on my iPhone right after getting up. But back then, we didn’t have those things yet. The de-indexation really hit me hard, even though it was actually only fair punishment. Back then, not only doorway pages still worked very well (greetings to BMW, who was de-indexed that same year), but white text on a white background (also called "hidden text") was also still common practice. Even back then, I was already one step ahead and had "out-coded" the hidden text via CSS from the visible part of the website. But it was still not that safe, because a quality rater can of course still find the hidden text when it checks the source text.

Therefore, that day in 2006 didn’t start off that well... and it also didn’t get any better! Every SEO who has had a website ripped out from the Google index knows this highly oppressive feeling – especially, if it concerns the cash cow that fills your refrigerator and pays your bills. Blank horror or desperate panic describes what one is feeling in such moments pretty well. After some adjustments and a reconsideration request, the page was actually back in the index after only one week and most of the rankings came back as well. This has never happened to me again since then, and I am very happy about that. But it also showed me how important it is to not only rely on a cash cow!

Once upon a time, in a dark, joyless world, there was an online shop that could hardly be found and was therefore forgotten, almost neglected. It was whiling away its existence under demonic influence, knowing very well that its painful death was already near.

As a last resort, in order to avoid its certain doom in endless darkness, the owner of the dying shop worked up all his courage and desperately sought professional help that was supposed to drive away all devilish forces from the shop that were forcing it towards eternal damnation.

Aware of the urgency, the brave exorcists began to track down the dark forces that banned the shop from the search engine index that same night. So they fought against threatening monsters such as terrible doppelgangers, misleading signs, und cursed paintings. They slowly came closer and closer to the final monstrous enemy that wanted to banish the shop in the deepest abyss for all eternity: the demonic, bloodthirsty robots.txt. 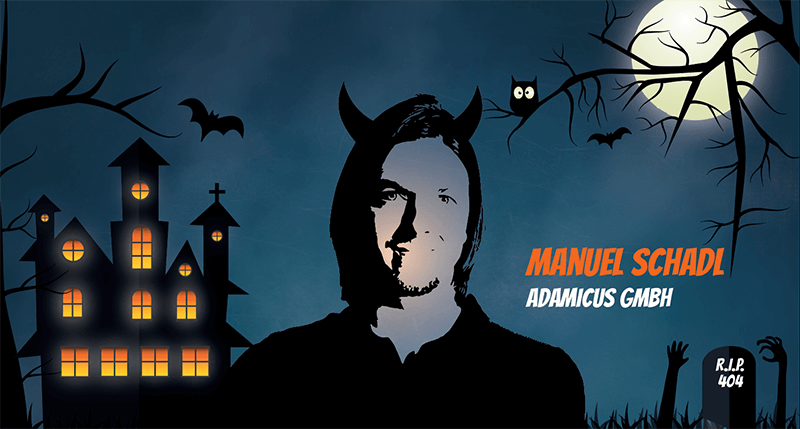 Disguised on the outside in an inconspicuous robe, the robots.txt nevertheless had a devilish surprise for the brave exorcists:

When taking a closer look, the horrifying face of an ugly staging version denied the shop access to the world with the magic formula "User-agent: * | Disallow: /". The exorcists understood how serious the situation was, gathered up all their courage, and managed to destroy the satanic enemy after a fierce fight – for the time being...

It didn’t take long, until the next shop update at midnight to be exact, for the robots.txt that was believed to be dead to come back to life, quietly sneak into the shop from the back, and destroy any chance for healing.

Once more, the fearless exorcists took up the fight, determined to send the undead creature back to the flaming abyss by all available means and for all time. They fought until they couldn’t fight anymore and destroyed the monster during the final battle, removing all evidence of his past existence forever.

Relief spread, the shop finally recovered from the tortures of the monster, and everyone lived happily ever after...

But then the dreaded night of the relaunch was upon them, and the undead rose from their graves once again...

It is 2016, and the SEO team of eviom is starting the day in a good mood, full of energy, and like always not knowing what is expecting them. An international customer from the area of "health medicine" instructed eviom to take over themed worlds, content landing pages, and SEO optimizations in the course of the expansion of their global platform. "Hurraaaay! We can do this! We want to do this!" the highly motivated eviom employees thought and started working on this new task full of enthusiasm. The days and nights passed so fast and detailed kick-off workshops, creative brainstorming, market and competitive analyses, as well as topic analyses were carried out in order to finally define the most important strategic key issue areas. The team had to overcome some obstacles… or let’s say mountains ;-). 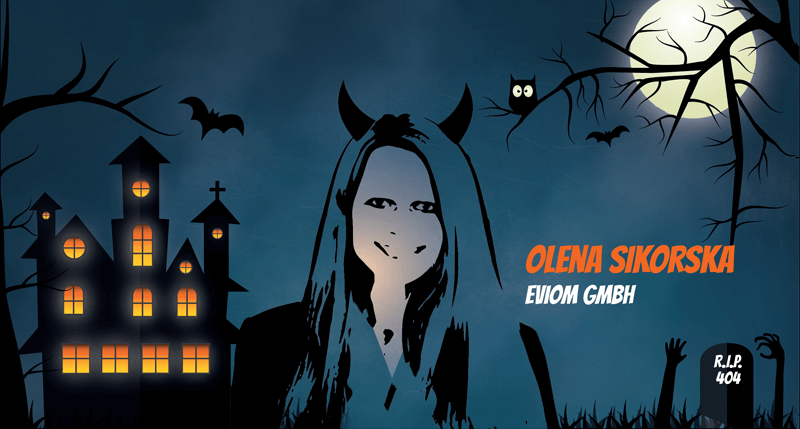 This is because the keyword analysis turned out to be a bigger challenge than expected. On top of this, the nice brand stakeholders were very hard to please – perfectionists, you know. Nevertheless, the customer is of course KING. Thus, the hard work was kept up until finally, on the basis of the compiled research results, nothing was in the way of following the goal of "increasing the visibility at Google"... or was there? It’s hard to believe, but the customer was still not satisfied. Many cooks wanted to get involved, but it’s a fact that a few cooks too many can spoil the broth. The "constructive opinion" of the customer was interesting, and the suggested proposals became more and more exciting such as keywords that have no search volume. Therefore, evenings became long again...

But everything comes to an end! Eventually, the keywords were set and the briefings for the copywriters could be created. Tadaaaaa, the customer was HAPPY! Now eviom was "driven by passion" once again.

However, as we know, one shouldn’t start celebrating too soon. Some months passed, the new texts were created and there was one last SEO control left for the eviom employees. But wait – something wasn’t right. Something was missing... where were the keywords that had taken the team a lot of time and work and all their energy and all their nerves to define all together with the brand? None of them were integrated into the texts. NOT A SINGLE ONE! "All this work for nothing," the depressed SEO employees now thought to themselves. Well… the customers are now being sensitized again that the previously defined keywords are very important from a SEO point of view and that they should really be integrated into the content. JUST AS AN IDEA!

What is going to happen now? Well, that depends on the customer. Never ending story?! Hopefully not!