Out of the comfort zone: 5 'uncomfortable' practice tips for successful Facebook Ads

For many, Facebook Ads are still a black box: too many opportunities and apparently endless variations in targeting and in the creation of competitive materials. I admit, it’s easy to lose sight of the overview. 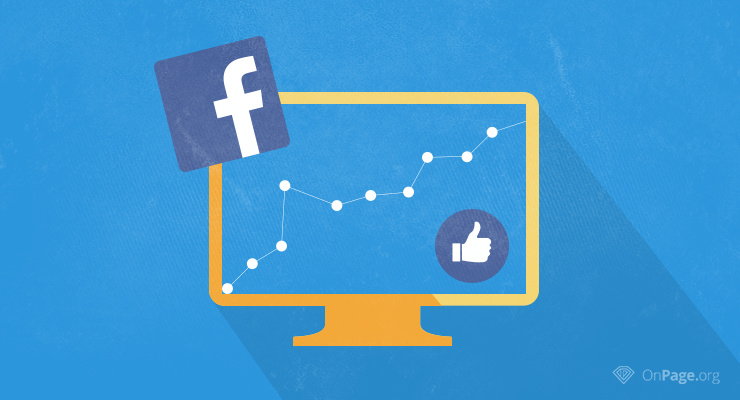 1. Use images with the highest possible contrast

The more popular a marketing discipline is, the more it will be talked about - and discussed! Facebook Ads are not only popular, but also complex. This is exactly the reason why there are so many opinions about this topic and why certain methods are touted again and again as being particularly successful.

That is, however, only half the truth: particularly with Facebook Ads, it is beneficial to look behind the curtain and see if there are alternative paths to the goal. This is predominantly applicable when it’s a question of the right images. Photos and images for Facebook Ads are a special area, because the better the advertising material, the higher the chance of gaining more clicks.

Many clicks mean more reach and this almost always results in lower prices for advertisements. Greater reach with a smaller budget - a dream! Images of attractive people always work in the advertisement, as we have learned through decades of advertisement... but this is only part of the answer, because, especially with Facebook Ads, a lot depends on the contrast of the images and other advertisement elements. 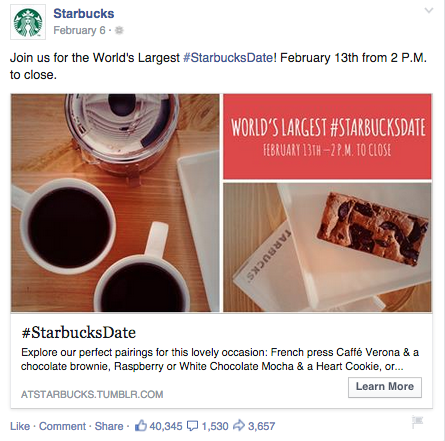 Figure 1: The eye-catcher in these Facebook advertisements contrasts clearly with the background and jumps immediately to the eye. (Source: Facebook)

A strong contrast works wonders. Clear demarcations of forms and colors in relation to the background draw more attention in the newsfeed – and that’s the goal, after all. The more an image or a photo stands out, the more it will be clicked.

This principle naturally also functions with attractive people, but often the contrast here is ignored and advertisers concentrate only on the theme. A simple rule of thumb for extremely effective images in Facebook Ads goes:

“Create advertisements with graphics and images that are true eye-catchers, even when the viewer has had a long and hard day of work.”

When your Facebook advertisement jumps into the user’s eyes, you have succeeded. With periodic A/B tests, you will also ensure that you are always distributing the best version of your Facebook Ads in active campaigns. Your advertisements should clearly differentiate themselves from all others - offer your users advertisements they haven’t yet seen.

2. Test your target groups continuously… and then do it again

Many advertisers start by knowing their own target group well. In preliminary phases, personas are often used; in theory this is helpful, but it doesn’t always transition into real life. Facebook is very clever and plays the ads well - but not always perfectly. This is exactly where good preparation and craftsmanship are asked for.

Usually, a campaign is established and all factors are coordinated. When the go-ahead is given, everything looks good, but sometimes it doesn’t last. In the worst cases, the campaign doesn’t work and then Facebook is often blamed.

This is understandable at first glance, its Facebook’s responsibility to make sure the play-out of the Ads is functioning correctly, after all. Facebook is, however, only the platform; as the advertiser, it’s your job to make sure that your advertising is functioning well. And you should know that not every target group functions as well (or poorly) as another. 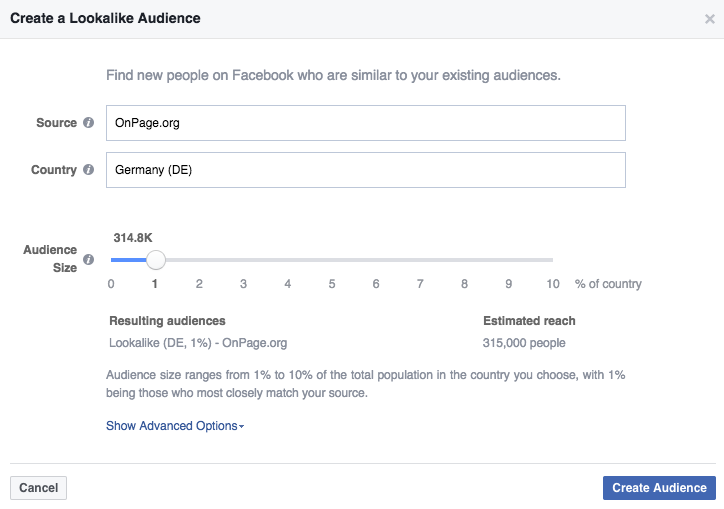 Figure 2: Target groups should be tested regularly: only then will you see which configurations have the lowest costs and highest sales over time.

When talking about target groups, you should also pay attention to the right targeting. Let's take, for example, custom audiences and lookalike audiences — both excellent instruments for reaching the right people.

Particularly important are the factors of the products that are being advertised. You have to consider in various regions — and even in different cities independently from one another — they can vary strongly. What functions perfectly in region A and in city B won’t necessarily work in another location.

This is why A/B tests are so important. Work with different campaigns and always test individual features one against the other. Wait until an ad has at least 10,000 impressions before you draw a conclusion. Where is the click rate better? Which display has the highest ROI or where is the return on Ad Spend optimal?

You should be able to answer these questions if you want to find out which campaigns are really working for you. If you don't do any A/B tests, you always run the risk of burning money. And even if you remain within your established budget and don’t exceed it, wouldn’t it be great to achieve the same goals with less money?

3. Work against your goals with targeting

This sounds contradictory, but it really works.

Example:
If you want to achieve conversions, then you create a Facebook Ad focused on this goal. If you want to have more traffic to your website, you place an ad that will allow you to generate a lot of clicks.

In theory, this all sounds logical and it should function – but it doesn’t always happen that way! You have to remember that Facebook is often over-valued. The platform has all the data and can act appropriately when placing your advertisements with the right people. But as already mentioned, the Facebook algorithm is not 100% perfect, and thus the targeting is not as precise as you would expect. 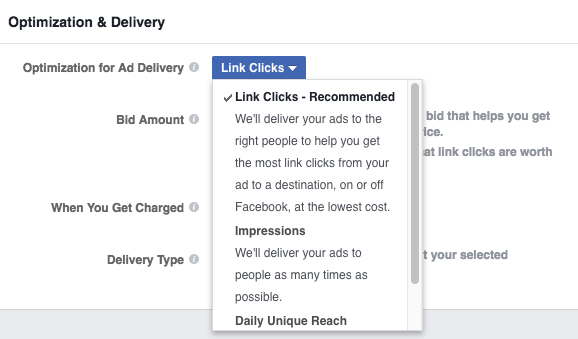 Figure 3: It is dangerous to leave the choice of how the budget will be spent to Facebook – to reach your goal, you yourself should choose how your budget should be spent.

Give Facebook a little help in the beginning so that your campaigns will be better and you can optimize your ROAS. At the start of every campaign, do not place "conversions" as the goal, but rather clicks or simply just impressions (thus CPC or CPM). This approach will lead to Facebook getting to know your target group much more precisely and you will not immediately be asked to spend money for conversions that are not generated.

The result is that Facebook almost always reacts with a better play-out of advertisements – the targeting in itself will thus become more exact, because you have given Facebook some time to more closely explore the groups you have targeted. This will have a positive effect on your numbers (CPC or CPM will sink), and then you can decide which campaign is working and which is not.

After this start-up support (here, again, 10,000 impressions suggests itself as a critical measure for receiving useful results), change from CPC or CPM to conversions. Facebook will distribute your ads more precisely and will thus ensure that you generate more conversions with a smaller budget. And this results in higher profits, because you spend less money and earn more - the classic situation of a good ROI.

Which channel should you use so that your ads are as successful as possible?

Facebook cannot answer these questions for you. Facebook only offers the platform, the advertiser himself is responsible for the success of the advertisements. This success is determined by the product (or the service) as well as the type and way the conversions come - for example, via a website. If this website is not perfectly optimized, even the most brilliant Facebook Ads will not work.

But back to the channel, if you then ask how to get the most traffic and reach with Facebook, the mobile channel will almost always be named. This is understandable because mobile traffic has clearly grown in the last two decades and has surpassed users of stationary PCs. But does that mean desktop traffic is necessarily worse? 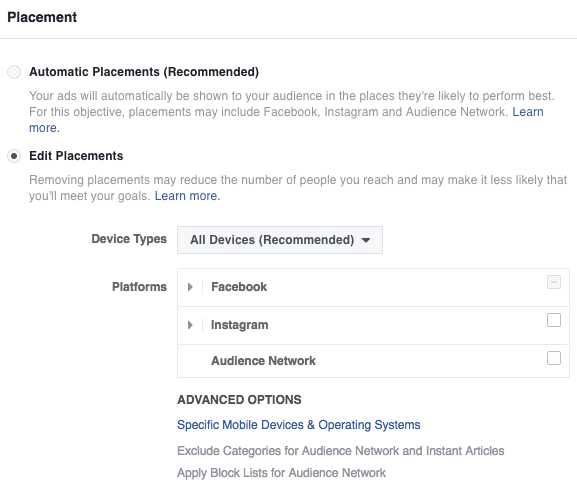 Figure 4: Find the right placement for your Facebook ad to suit your goal. Think beyond the suggestions that Facebook presents.

The fact is that you can reach twice as many people with mobile as with stationary PCs on Facebook. Unfortunately, mobile is more expensive - based on individual conversions. But this doesn’t matter much because overall your margin will melt.

5. Establish a higher budget than is actually necessary

This tip is also related to the necessity of A/B tests with Facebook Ads, and the reason is very simple. The more budget you have, the more opportunities there are for delivering your advertising on Facebook. Don’t misunderstand - you shouldn’t burn your money, but rather give Facebook the opportunity to find out more quickly which campaigns will really work for you.

To put it another way, if you spend 5 euros per day at the beginning of a campaign, you will only slowly be able to see whether this campaign really works. Of course, even with only 5 euros per day you will eventually reach a critical mass, but this will be met on different days and will not be so easy to compare. If you start your campaign with 50 euros per day, however, you will quickly see whether this campaign is benefiting you. As soon as you see that your campaign is going well, you can reduce your budget./p> 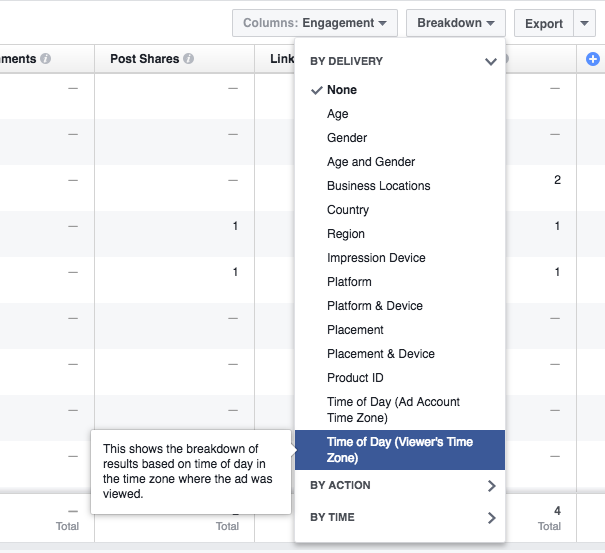 Figure 5: You can measure your success with Facebook Ads at different times of the day and tailor your advertisement based on this knowledge for better results.

The problem is that many advertisers go at this in just the opposite manner. First, a small test budget is allocated. If the campaign is going well, the budget is often drastically increased, and that is when the click price increases or the costs per conversion or even the CPM. The reason for this is that Facebook must immediately show the advertisement to more users. With the fast expansion of the target group (more budget always means more reach), accuracy suffers and you pay more than is actually necessary.

Also pay attention to when your advertisements perform well and when they do not. You can see this in the analyses of your Facebook Ads, if you break things down according to different times of day. If you establish that your campaign converts better at a certain time of day, you should exclude the times at which you do not convert well from the delivery. Facebook then uses this resulting free budget to play out your campaign at the times that have been proven to work well.

The above-named tips should help make your Facebook Ads successful. The approaches obviously require greater effort, and you have to be very conscious about your advertisements and target groups. But this effort will pay off, because nothing is more aggravating than ineffectively using the potential for advertising on Facebook. The reach is there and it is highly unlikely that your target group is not on Facebook. However – and this is the actual intention of this article – you should be prepared to move outside of your comfort zone and shouldn’t hesitate to click on "advertise post". 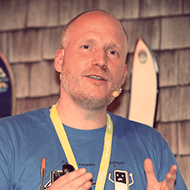 Björn Tantau has been active in digital marketing since the late 1990s. He explains what strategies are guaranteed to work in marketing, and how these methods can be used successfully to make a profit. He is a well-known keynote speaker and he has written several books and ebooks. As a consultant and coach he offers seminars and workshops and has been interviewed by many German TV channels. He has also been a successful podcaster.