For the fifth year in a row, the Ryte team was represented at the leading exhibition for digital marketing: dmexco in Cologne.

1,100 exhibitors, more than 570 speakers, 40,000 attendees, 95 square meters of Ryte stand, 700 hot dogs, 33 superheroes and 4 aliens on the stand, 768 waffles, 625 liters of water and 9,470 minutes of consultation – this sums up Ryte’s appearance at the exhibition. 5 days of excitement, impressions and enlightening conversations lie behind our Ryte superheroes. Have a look behind the scenes of this year’s dmexco with our recap! 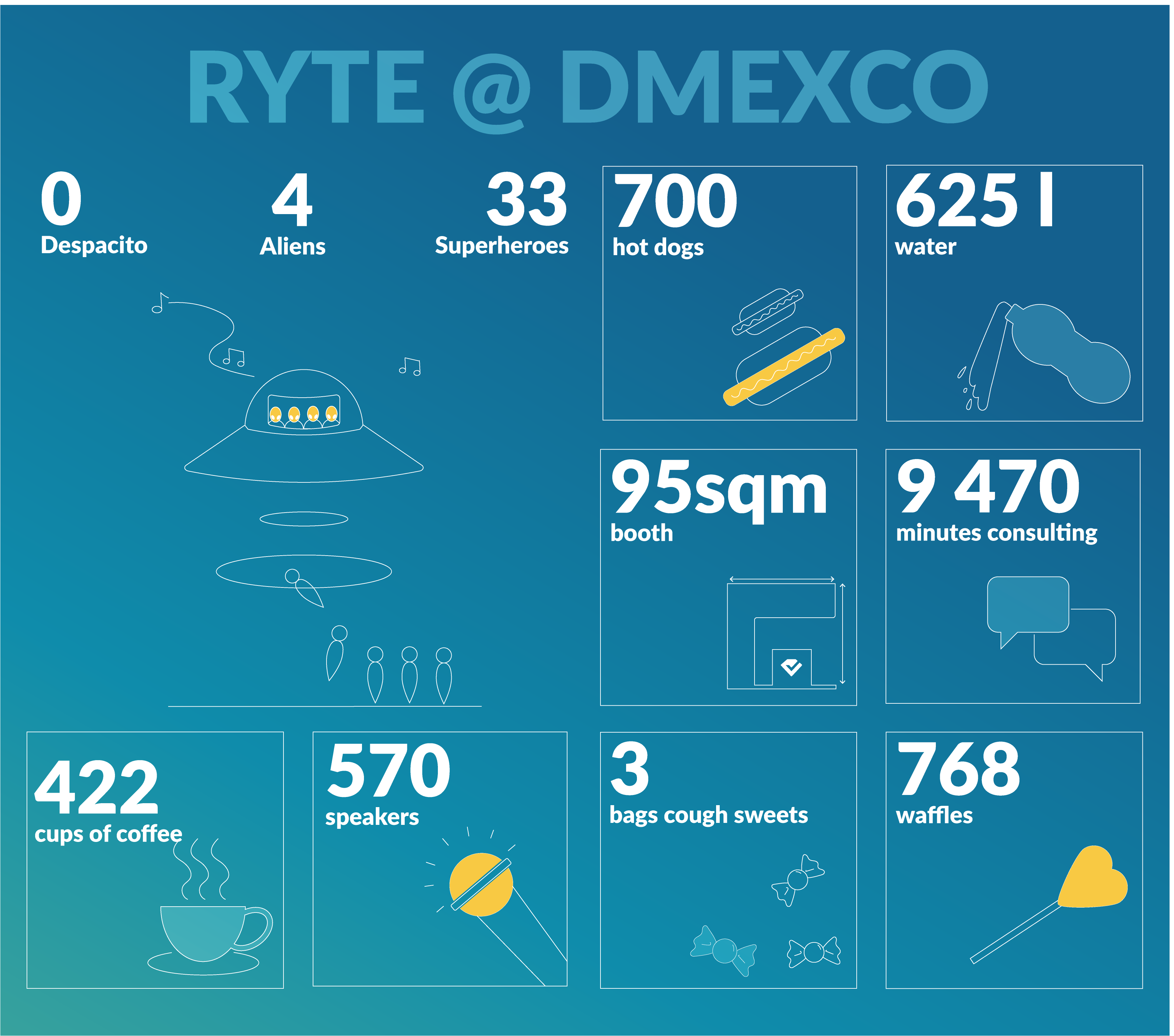 The first part of the dmexco team, consisting of Pauline, Lena, Alex and I, made our way to the exhibition hall first thing in the morning to oversee the setting up of the stand, and to prepare everything for the arrival of our team that evening. 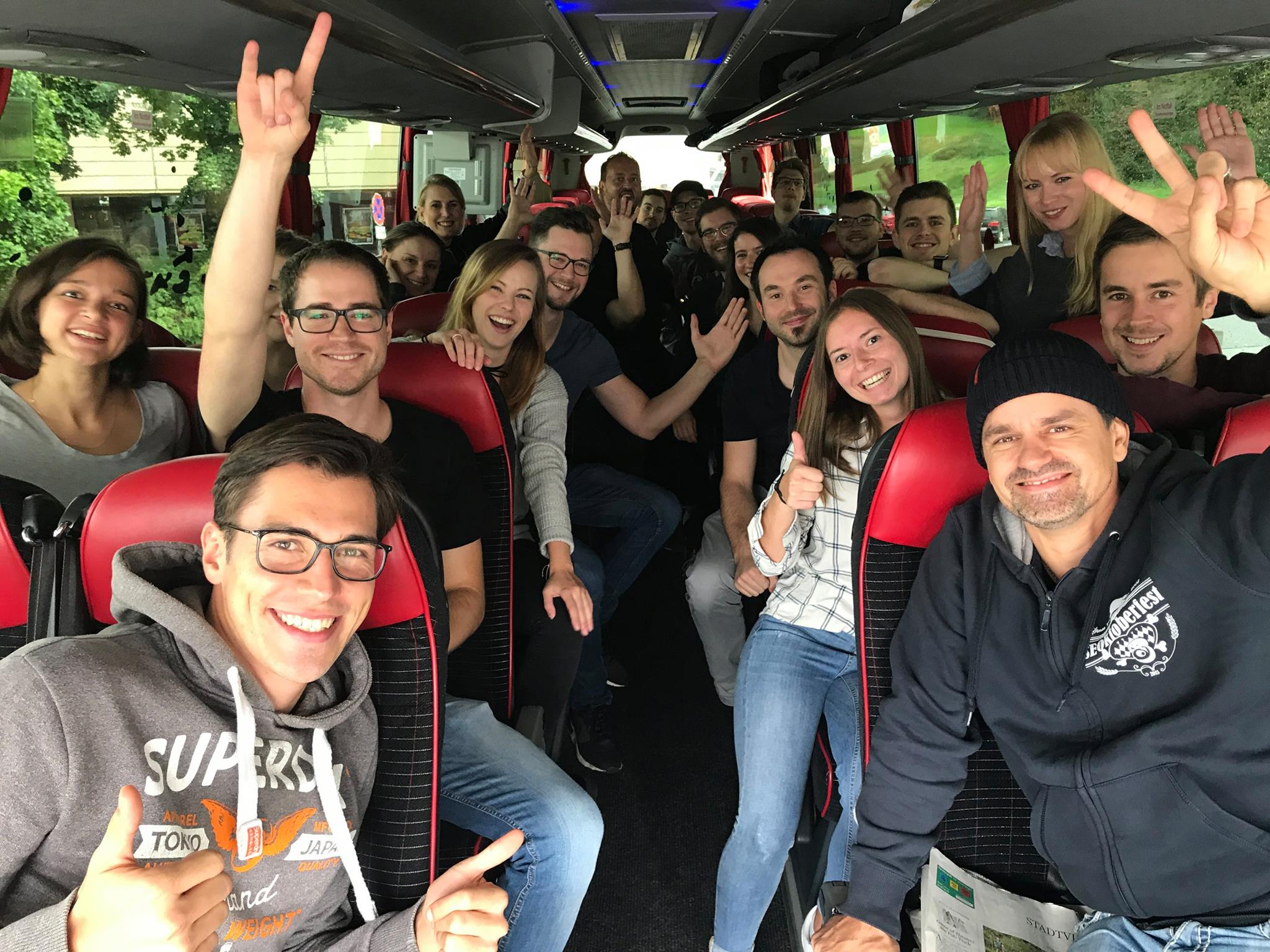 Figure 1: The team's departure from Munich

As we arrived in the exhibition hall, our booth builder was avidly putting the finishing touches to the wiring of the consultation tables. Together, we prepared the stand for the exhibition and gave it a final polishing. All set – the visitors could come! 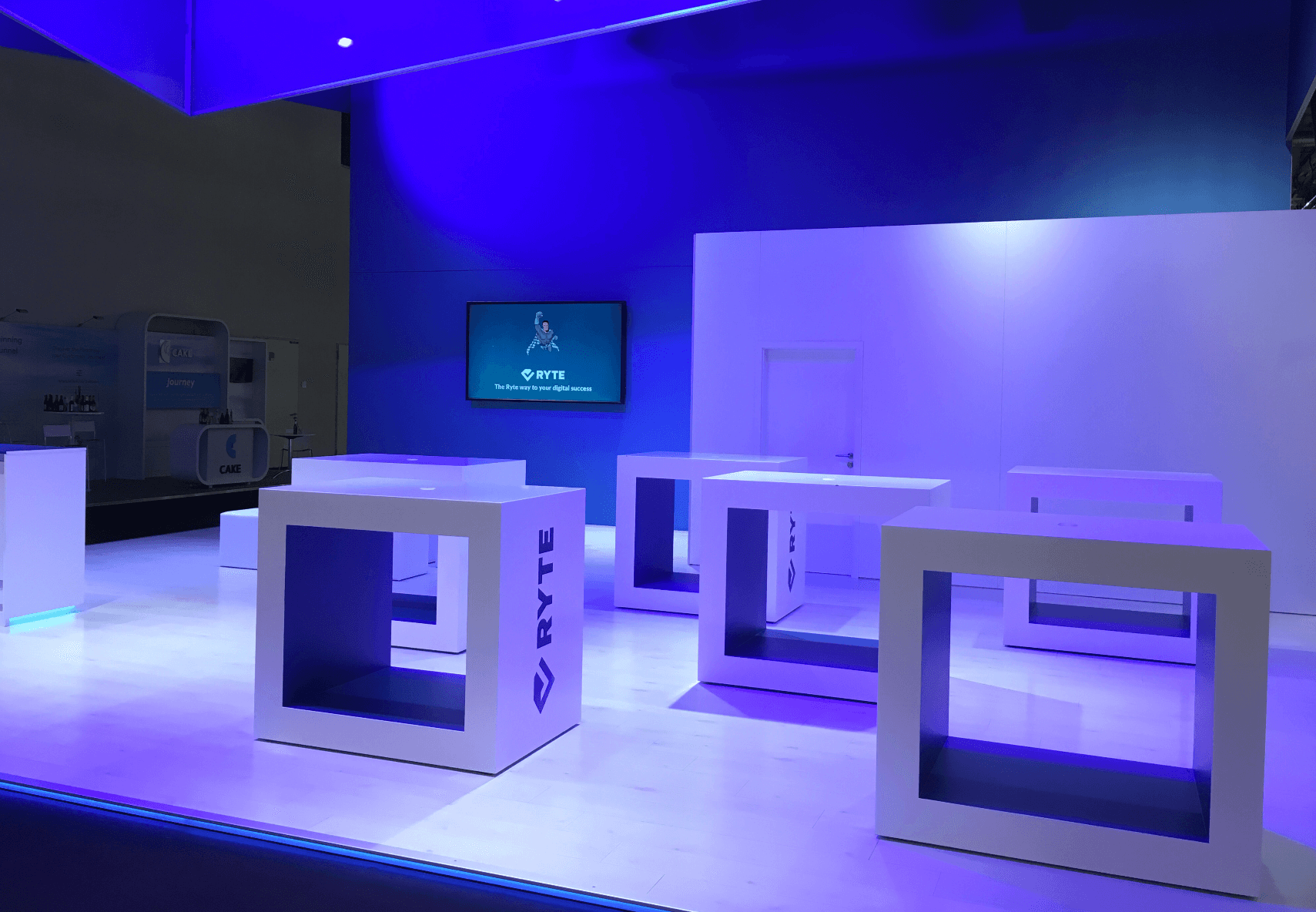 Figure 2: The visitors could come!

The team spent the evening together in a Cologne brewery, relaxing in preparation for the next day.

Punctually before the doors opened, our superheroes were ready and awaiting the first visitors at our stand, this year the first time in hall 7. We had 33 consultants ready to show interested visitors our software, and to personally advise them.

All team members consulted non-stop: over 120 appointments had been arranged over the 2 days. Customers and interested visitors had the opportunity to intimately get to know our team and could, for example, speak to our developers about new elements in the software. 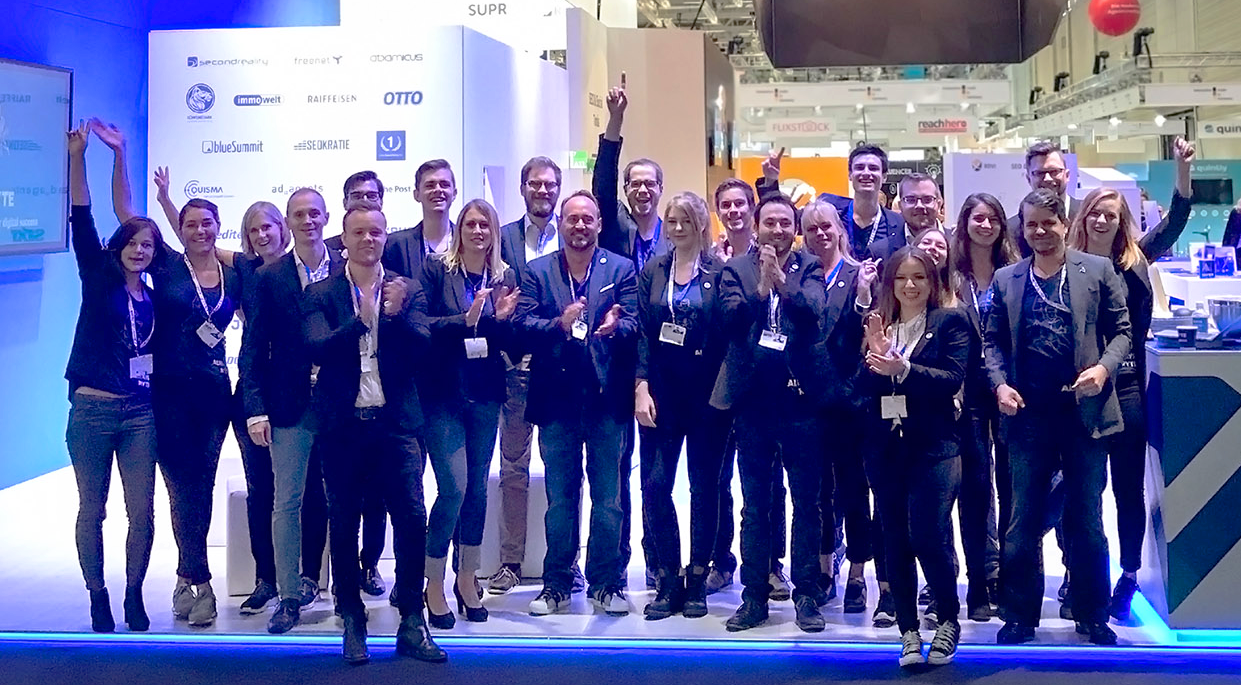 Figure 3: The Ryte team at the stand in hall 7

The stand blazed this year in our new Ryte design, and had a lot to offer the visitors, among other things a presentation lounge. At the counter, visitors could treat themselves to fresh barista coffee and tasty waffles.

The visitors flowed in all day long, and could look forward to receiving merchandising, water and energy drinks at our stand. This was also the first year that we held a tombola, where visitors could win high-quality prizes. 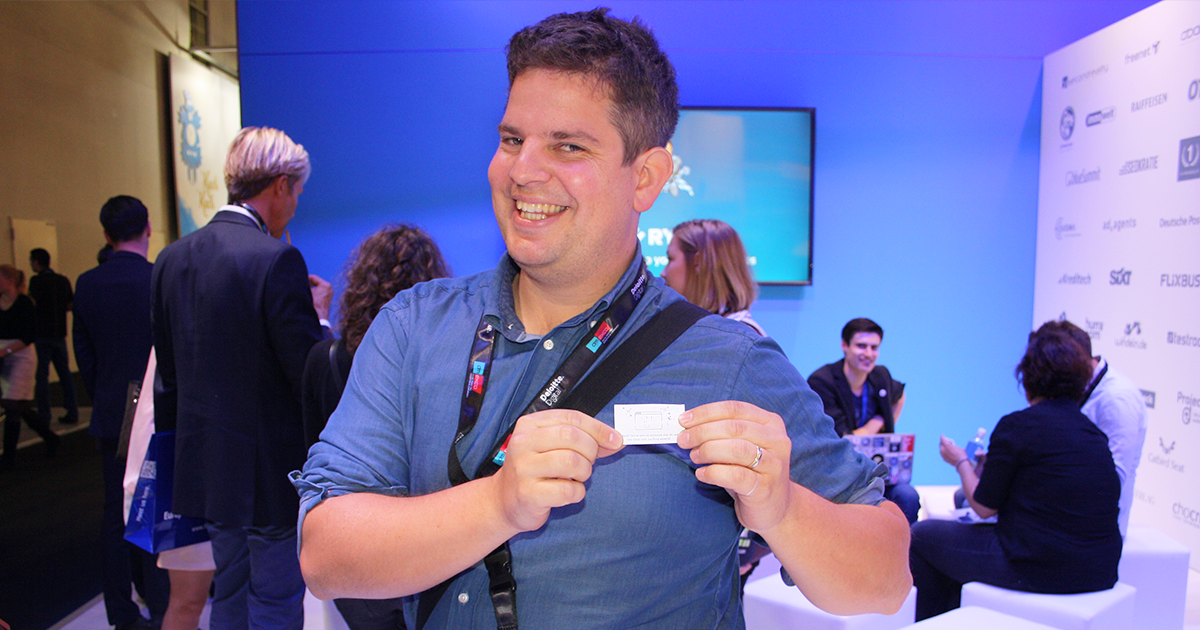 Figure 4: The excitement of the biggest winner!

The Ryte and t3n Booth Bash With the Cantina Band

At 18:30, the consulting tables were tidied away and the counter turned into the DJ’s pult – the long-awaited stand party could finally begin. This year we had a particular special highlight planned for our guests. Aside from the DJs Bosko and Jens, for the first time, a live band performed, but not just any band – The Mos Eisley Cantina Band! And yes, they played the same song again, and again, and again… 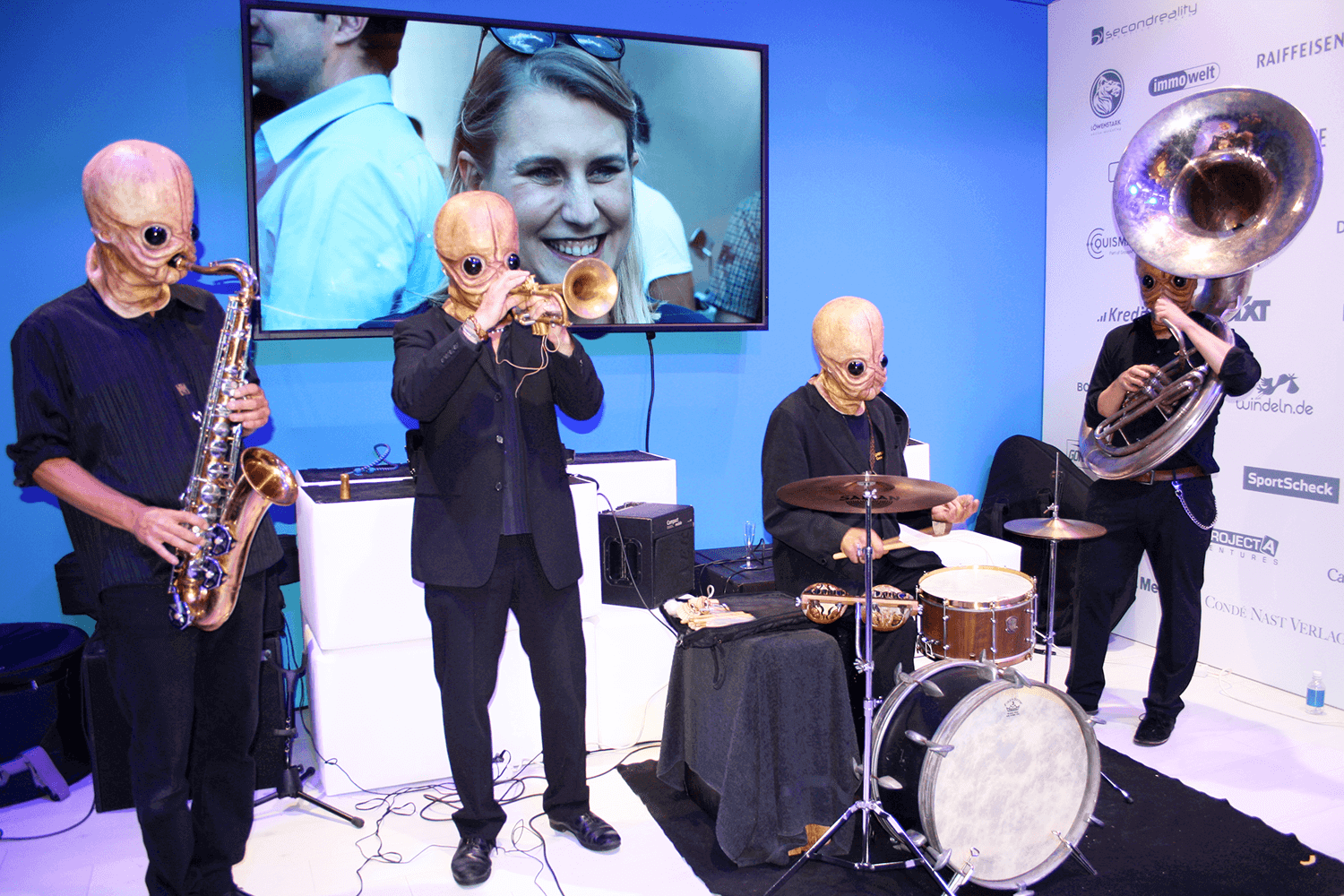 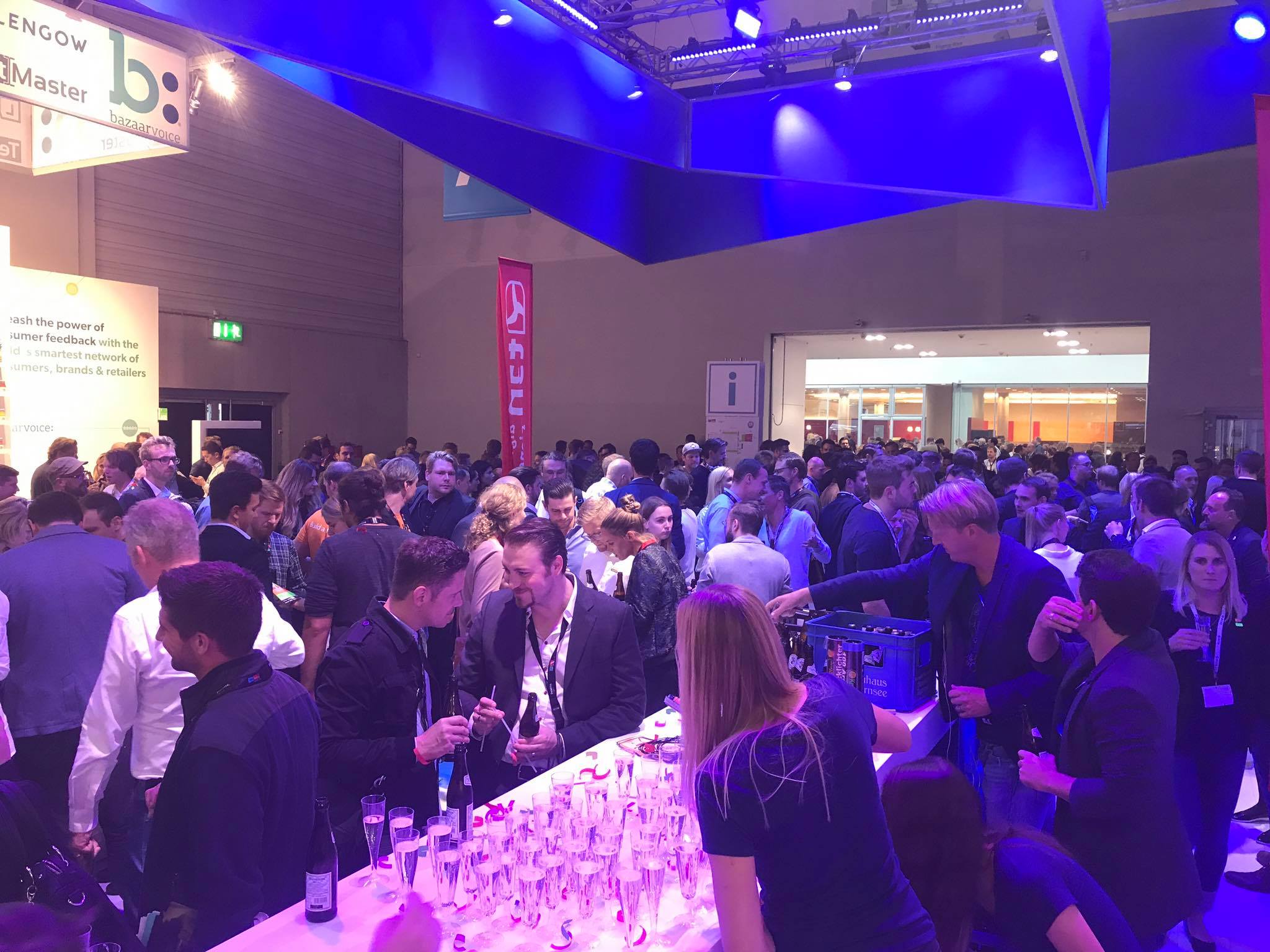 Overall, over 100 crates of Bavarian Tegernsee beer were consumed and the team, the 2 DJs and over 300 guests created a great atmosphere to go with the fantastic music. It was the perfect warm-up for the OMClub hosted by Randolf Jorberg.

After the stand party, the team headed to OMClub – a party of superlatives, which this year had a theme of “Circus of Crazy”. There was go-carting, free drinks and a spectacular opening with fireworks. 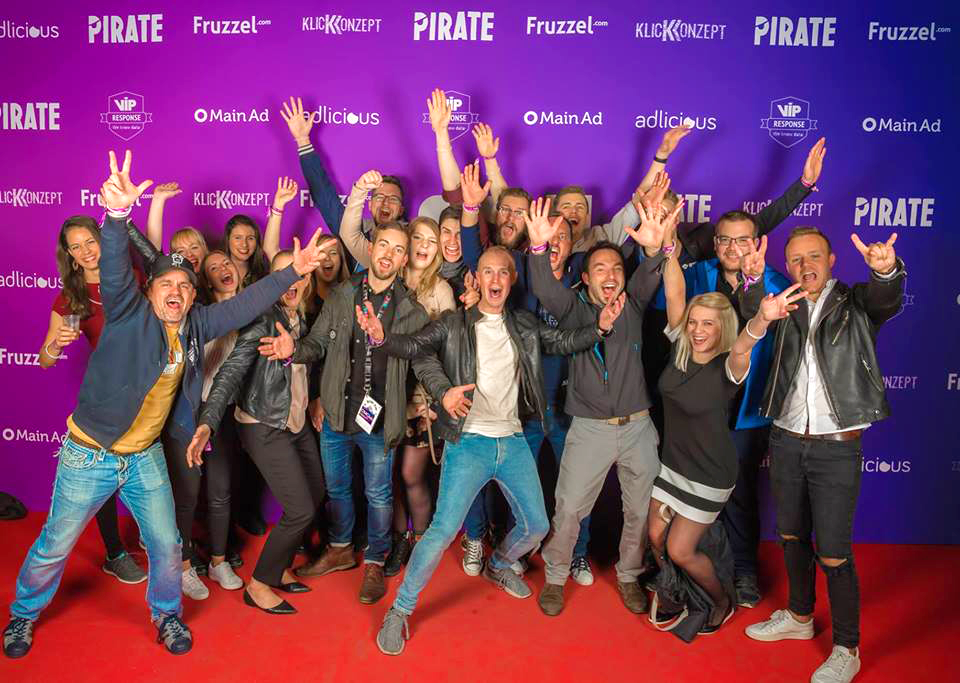 In spite of the OMClub party the previous night and everyone’s tired feet, all the Ryte superheroes were punctual at the stand on Thursday, awaiting the first visitors. There wasn’t any less of a rush on the Thursday, and the conversations and consultations continued until the end of the day at 6 o’clock. 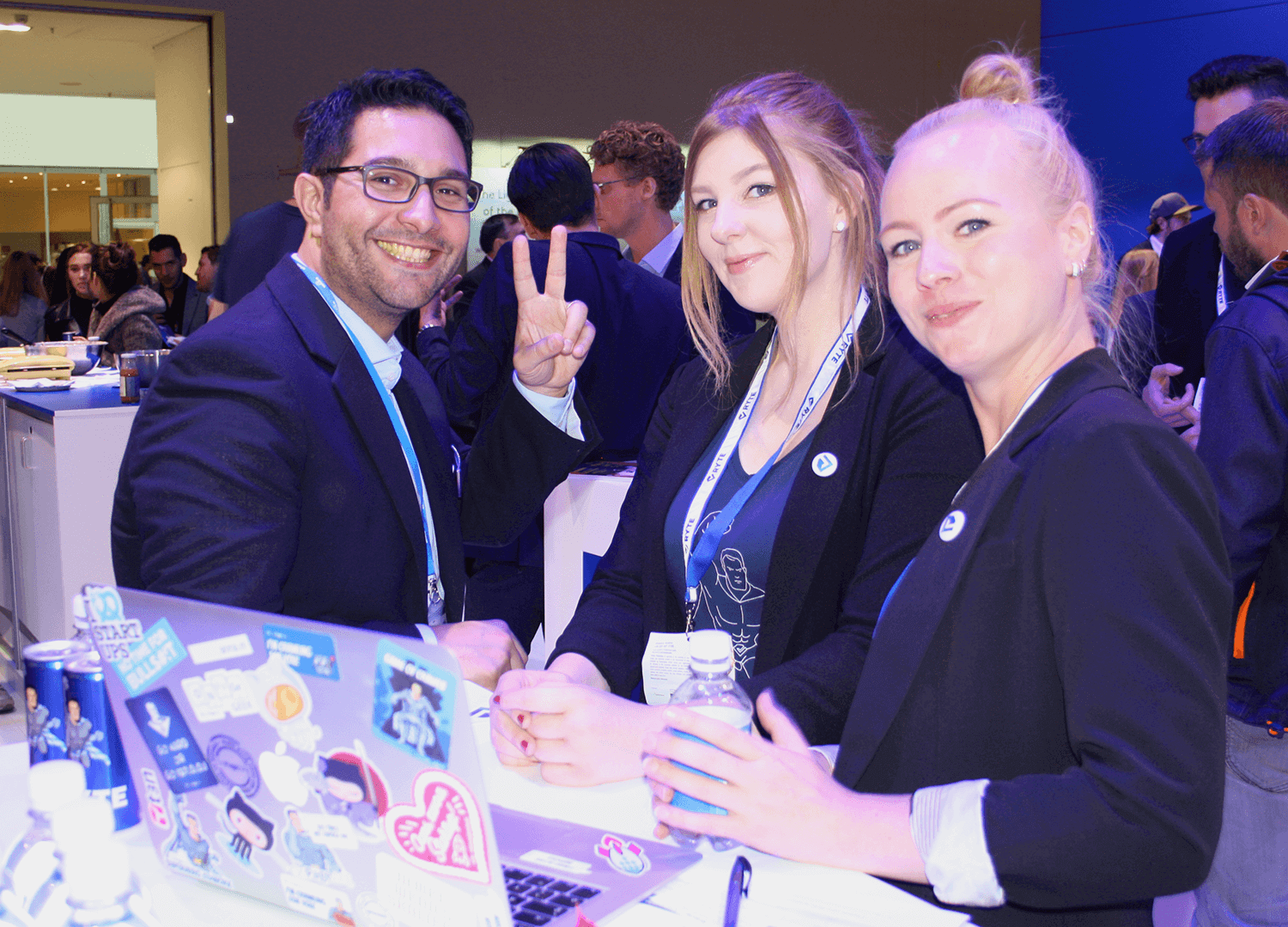 Figure 8: The consultants at the stand were busy non-stop

See You Next Year!

Thank you to all interested visitors and customers who visited our exhibition stand this year for the interesting conversations, impressions and two amazing exhibition days.