How Structured Data Changed Everything at eBay

This is the first in a two-part series examining the history of eBay’s unique structured data framework and how to optimize for it.

It was August 2014, and I was listening to an interview with Jordan Koene entitled, "Learn How eBay Mastered SEO."

I was still a fairly new eBay SEO practitioner, and I wanted to hear what eBay's Head of SEO at the time had to say.

The conversation touched on many subjects, including internal linking, page quality, and human judgment data.

And in the midst of it, Koene made the following remarkable statement:

"We’re an unstructured website. We don’t have this backbone of heavy structured data where everything is cataloged and neatly placed. We’re a marketplace."

It was suddenly clear to me that eBay had a problem.

No, I'm not talking about the Google search-related event that had come to light just a few months earlier.

If I hadn't been before, I was now fully aware that the second largest online marketplace in the world -- currently with over 180 million buyers, a GMV of $90 billion, and less than 10% of its products sold on auction -- was still largely unstructured.

What is structured data?

However, in the context of SEO and search, it is defined more precisely.

Structured data is the result of organizing and presenting information on an internet webpage so that it can be easily read by a search engine.

To properly implement structured data, then, websites must adjust the code of their pages. Failing to do so makes it much more difficult for Google to understand their features and contextualize their content.

According to Jill Kocher Brown's excellent article on structured data, ecommerce sites generally do this by implementing either JSON-LD (JavaScript) or Schema.org microdata (HTML).

Like Walmart (the example given in the article), eBay utilizes Schema markup.

My own test of a product page shows that eBay's use of structured data is on par with that of its competitor. eBay's test reveals seven warnings with no errors, while my test of a Walmart product page indicates five warnings and no errors.

In spite of this relatively successful integration of Google-facing structured data, eBay has historically lacked a similar internal framework -- one that would enable its own search engine, Cassini, to easily read, relevantly organize, and accurately present its 1.3 billion unique product listings.

Finding a way to structure this data would prove to be a massive challenge.

eBay's pursuit of its own structured framework began with its sitewide product identifier requirement.

In March 2015, eBay announced that sellers would have to start using MPNs, UPCs, and other GTINs on certain new items sold on the platform.

While sites like Amazon take the need for product identifiers for granted, eBay had never previously made them a scaled prerequisite.

eBay told sellers that using identifiers would “increase your item’s visibility in search results on eBay and across the Web,” with the idea that these recognizable strings of characters would eventually enable eBay to gather everything into one, cohesive catalog and offer it to buyers in an engaging manner.
It didn't quite work out that way, however.

Although product identifiers still serve a core function on eBay, the strategy to implement them would end up not performing as initially envisioned -- as we will see later.

Just six months after the initial identifier announcement, new CEO, Devin Wenig, would publicly proclaim eBay in the pursuit of a comprehensive "structured data initiative" -- one that was going to completely remake the site.

Wenig would describe this monumental task as,

"The rollout of new consumer experiences that are modern, simple and most important differentiated. By understanding our inventory, we better
understand what products to show our consumers...to enable everyone to find
their version of perfect."

For the next four solid years, sellers would hear nothing but the importance of structured data, the need for product search visibility, and the reaffirmation that eBay was entering the modern era while maintaining its original premise as a marketplace for unique items.

Launched in 2008, eBay's app was originally available only to iOS users. It was subsequently updated for Android and would have multiple early iterations.

eBay 5.0, rolled out in May 2016, was the first app update to specifically "leverage eBay's structured data" with a new discoverability product called Related Items.

The feature had the purpose of "allowing users to discover similar items closely related to what they’re currently viewing."

Six months later, structured data made its first appearance on the desktop when eBay revealed its search engine-friendly "browse pages." 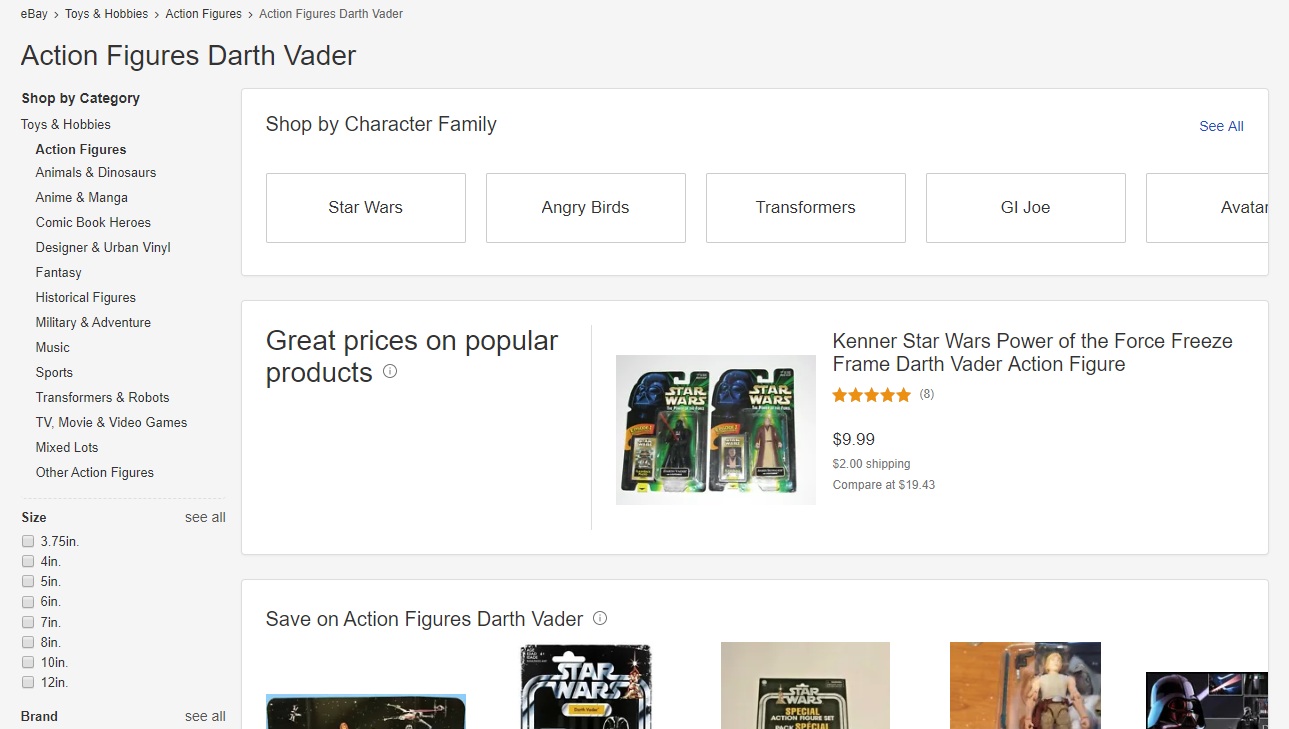 They were built on the backbone of eBay's existing taxonomy and "item specifics" data fields, the latter providing product details to buyer search that tied directly into eBay's faceted navigation and increasingly enabled listing visibility.

The specific purpose of the new structured data pages was to guide buyers along the shopping journey more intuitively with the aid of browsing modules, while at the same time attracting organic search traffic from Google and other outside search engines.

By April 2017, the pages had shown enough promise that Wenig announced eBay would be integrating many of their elements directly into its actual search results pages.

Structured data was now beginning to truly transform how eBay understood and presented its sellers' inventory, while simultaneously becoming the hope of everyone for the evolution of the site as a whole.

For the next several quarters, the investment community would closely watch the progress of structured data and its impact on inbound organic search as a significant indication of eBay's overall performance.

With the "browse" side of their structured data initiative fully underway, eBay again turned to its product catalog.

Returning to the roots of the structured data project, eBay released its ambitiously-titled, Product-Based Shopping Experience (PBSE) in February 2018.

The eBay Developers Program's playbook clearly laid out the search-related expectations eBay had on the process, describing the PBSE as "a pleasant and consistent buying experience with improved conversion rate and better search engine optimization both on and off eBay.”

The playbook details didn't hide the fact, either, that “eBay’s ultimate goal is for every listing to be associated with a product in the eBay catalog."

In order for eBay to make good on the commitments of its PBSE, sellers would be required, over a series of phases, to provide or create a product identifier for every single item sold on the platform.

In turn, eBay would begin to actively group its product listings according to these identifiers -- and, in the process, create a distinctly Amazon-like buying experience.

This intentionality was confirmed when, just four months into the PBSE, eBay had already started using the term, "buy box", to describe the shopping environment of what the company was referring to as "product pages."

Search results on eBay were suddenly replete with links to the new pages, each featuring a set of tabs along its top that resembled those found on similar Amazon shopping pages.

The tabs enabled eBay buyers to sort multiple listings of an identical item -- cataloged according to product identifier -- by item condition or other product specifications.

At first, the new product pages seemed to be a hit. Much public emphasis was placed on them, and new buyers to the platform began responding well.

But eBay's existing buyer base was another story.

From spotlight to “byproduct”

It turns out that it's really hard to structure data when the quality is lacking.

As its catalog began to expand to additional categories, many of the product pages resulting from it were of a significantly lower caliber than eBay desired.

Everything from confusion over whether an individual listing to be included contained a lot or a single product to a tendency towards frequently favoring underperforming sellers, eBay's new product pages were increasingly inaccurate and unreliable.

The PBSE had unintentionally revealed the inherent weakness in eBay's catalog data, and the reaction of those who were most prone to recognize it was undeniable.

In October 2018 -- just eight months after the PBSE push had begun -- Wenig was explaining to investors that the new shopping pages would start rolling out more slowly than before to allow for “habituated” (existing) customers to “evolve" in favor of them.

But in spite of Wenig's assertion that "it'll come along," existing buyers never adapted to the new experience. Three months later, eBay stopped scaling the new product pages to its buyer base altogether.

And by the following summer, eBay was clearly and openly communicating to both its seller and developer communities that the drive to create a thorough, sitewide, product-based shopping experience was over.

Entitled, "We Were Wrong -- Very Wrong," the slide featured a humorous headline that read, "Tradition: Just because you've always done it that way doesn't mean it's not incredibly stupid."

The content of the slide would go on to explain,

The decision was clear. eBay would develop its structured data catalog in another way.

Doubling down on item aspects

Wenig himself set the stage for the dramatic change in methodology when he acknowledged it had become "less a fully product-based experience but more of the richness of listings that the catalog and structured data bring."

Product listing "richness" was the new focus of eBay's ongoing structured data efforts, and it would be served by what the company now called "multi-aspect guidance."

As a part of its 2019 Faller Seller Update, eBay announced a redoubled effort -- one that continues today -- to acquire as much detail about their products as possible.

The information is gathered directly from sellers via significantly expanded item specifics fields, which are made available in the listing creation flow.

Sellers are encouraged to provide the information being sought through the use of an innovative "lightning gauge" feature, one that visually represents the additional number of buyer searches accessed by completing the fields.

In turn, eBay actively utilizes the data collected to populate the faceted navigation section of its SERP.

The result of this relationship is ingenious.

As buyers continue to filter their searches using the left-hand nav, sellers who do the best job of helping eBay acquire and structure its data are given the greatest access to search visibility across the platform.

In focusing squarely on aspects, eBay has managed to hang onto the original intent of its structured data browse concept while building out its product details -- which make up the bulk of the company's data -- to a degree not previously considered possible.

Search and you will find

In spite of these well-defined efforts, however, eBay still believes there is more work to be done before the platform can be considered truly structured.

Six months ago, eBay sponsored a machine learning contest in partnership with four universities -- NYU, Stanford, University of Buffalo, and The University of Texas -- to address,

“A very distinctive and unique challenge that pertains only to eBay —
making sense of more than 1.3 billion listings, of which many are
unstructured."

One might legitimately ask why such an event would be necessary if the process currently in place is actually resulting in the framework being sought since the beginning.

While those interested in eBay's future continue to await the announcement of the competition's winners and what they accomplished, there is reason to believe it will all eventually make sense.

There is no question that eBay has made mistakes along the way and that new hurdles like data redundancy and the effects of search index trimming have also surfaced recently.

But eBay has consistently acknowledged its errors, finding incisive ways to address them.

With a new, experienced CEO at the helm, the company is historically poised to capitalize on its five-year pursuit of structured data -- while doggedly remaining "uniquely eBay."

Improve your website and search performance for free with Ryte! 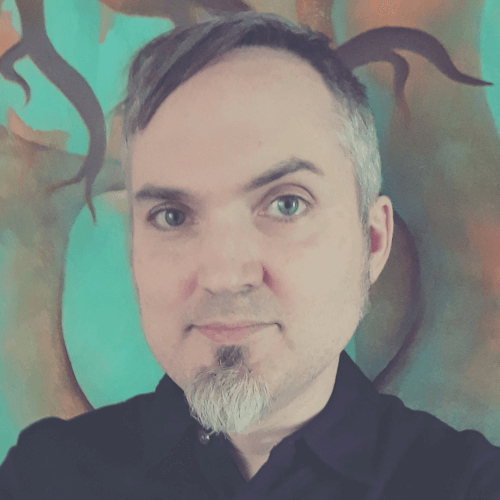